If the Denver Press Club had a Mount Rushmore, Dusty Saunders would be front and center.

A giant of Denver journalism, he wrote more stories and more words over his seven decades as a reporter and columnist than anyone in the city’s history. It’s a record will never be challenged. He was a similarly towering figure nationally – one of the country’s best-known television and radio critics, there was seemingly no one in the business he didn’t know. And at the Denver Press Club, where he has been a member since the 1950s, he fought for – and won – a change in the bylaws in 1969 to allow women to become full-fledged members. And he started a tradition that now bears his name – the night-before-Thanksgiving gathering known as the Dusty Saunders Turkey Toast.

On Sunday, after several months of struggling health, Walter “Dusty” Saunders died at age 90. Denver, journalism, and the press club will never be the same.

Born in Denver on Sept. 24, 1931, his father, Pat, died when he was 9 – the effects of mustard gas he’d inhaled in World War I. He was 11 when his mother, Agnes, died of a heart attack. A cousin of his mother’s and her husband took him in – and, in Dusty’s words, “probably saved my life.” They gave him a stable home and a shot at a happy life. After graduating from Holy Family High School, where he wrote for the school paper, he attended two junior colleges before graduating from the University of Colorado. He started at the Rocky Mountain News in 1953 as a copy boy. Not long afterward, he earned his stripes as a reporter, covering the cops beat and Denver City Hall.

But it was writing about television and radio that made him a household name — in Denver, in Hollywood, and beyond. Flip through a copy of his memoir — “Heeere’s Dusty: Life in the TV & Newspaper World” — and you’ll find a who’s who of television, radio and sports figures that he came to know. There’s Dusty with Bob Hope. Dusty with Howard Cosell. Dusty with Johnny Carson. Dusty with … well, you get the idea.

He played a role in the sequence of events that set my professional course in motion. Maybe I was destined to be a reporter and writer — there’s a picture of me at age 2 “reading” the afternoon newspaper — but it was a visit to the Rocky Mountain News in 1980 that cemented it. It’d taken a journalism class by happenstance (it was the only class available at the time I had a hole in my schedule) and the teacher arranged a visit to the Rocky. The newspaper newsroom of 1980 was not the antiseptic, carpeted insurance office of today. It was tile floors and gun-metal gray desks, piles of clutter on every flat surface, a clattering wire machine, and half-drunk Styrofoam cups of coffee here and there. It was the greatest sight I’d ever seen, and as we were led on a tour I looked across the room. Holy crap, I thought, that’s Dusty Saunders standing over there.

Most newspaper writers were anonymous in those days — they were names in print, not profiles and photos on Twitter – but Dusty was different. His picture ran with his column, and it ran in full-page house ads touting his work. And there he was in flesh and blood. I wish I’d mustered the courage to go talk to him.

Finally, in 1997, after I went to work at the Rocky on the cops beat, I finally got to know Dusty. He was, simply, the most down-to-earth person I’ve known. He was also among the hardest working. I got onto the electronic archives for the Rocky this morning, which cover the period from mid-1989 through the paper’s demise in early 2009, and found that Dusty wrote more than 7,000 bylined pieces during that roughly 20-year span. That’s about 350 a year.

After the Rocky folded, Dusty wrote a column for The Denver Post. And even in his late 80s, he was writing a blog.

What an amazing man. What an amazing life. All of us owe him a great debt. I personally will always be thankful for the nearly 12 years I got to work alongside him at the Rocky, and the friendship that grew from that.

Plans are under way for a memorial service — we’ll announce those details when they’re available. In the meantime, please keep Dusty’s wife, Anita, their four children, six grandchildren and extended family in your thoughts. 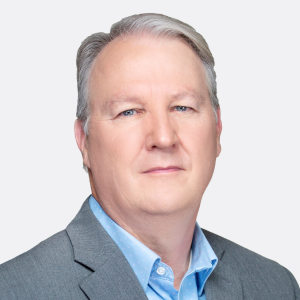